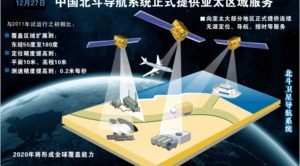 This week the US Director of National Intelligence informed the Senate Select Committee on Intelligence that Russia, China, Iran and North Korea are expected to continue their efforts to disrupt GPS signals along with other space assets.  His unclassified report included the following (emphasis added):

“Counterspace Weapons. The global threat of electronic warfare (EW) attacks against space systems will expand in the coming years in both number and types of weapons. Development will very likely focus on jamming capabilities against dedicated military satellite communications (SATCOM), Synthetic Aperture Radar (SAR) imaging satellites, and enhanced capabilities against Global Navigation Satellite Systems (GNSS), such as the US Global Positioning System (GPS). Blending of EW and cyber-attack capabilities will likely expand in pursuit of sophisticated means to deny and degrade information networks. Chinese researchers have discussed methods to enhance robust jamming capabilities with new systems to jam commonly used frequencies. Russia intends to modernize its EW forces and field a new generation of EW weapons by 2020. Iran and North Korea are also enhancing their abilities to disrupt military communications and navigation.”

We continue to assert that:

“The Father of GPS,” Dr. Brad Parkinson recently gave a presentation on the three most important things that must be done to protect GPS.

Download your free copy by filling out the form below.

You have Successfully Subscribed!