Editor’s Note: There is a lot of good technology out there, but not nearly enough people are using it.  Good article in GPS World by Michael Jones about one such. 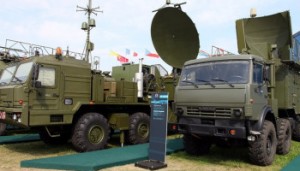 You’ve probably heard of at least one of those terms in any discussion around GPS anti-jam technology for defense.

Because they are all terms that describe essentially the same thing: a specialized antenna that helps protect GPS receivers from interference and jamming.

But what exactly are they? Where did they come from? How do they work? What comes next? Read on and find out.

A bit of history

Let’s go back to the Cold War era, at a time when Soviet and Western states were continuously battling for electronic warfare (EW) superiority. In the early to mid-Cold War, radar jamming was the name of the game. Soviet aircraft, such as the TU-16 Badger and its derivatives, carried a range of EW equipment, including some very high-power jammers designed to interfere with radar systems.  Read More