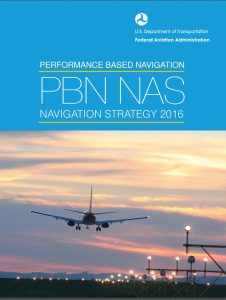 We will save you some time if you don’t want to wade through the 37 pages of the FAA’s Navigation Strategy 2016.

While unmanned systems are mentioned once, it is only in the introduction, and by way of saying ‘Oh yeah, we are going to take care of them too.’ But then, of course, it doesn’t.

The only hint any thought was given to the needs of UAVs constantly bedeviled by disruption of weak GNSS signals are two mentions that “Alternate Positioning, Navigation, and Timing” is going to be a research topic for 2030 and beyond.

We were disappointed by this document, but not surprised. After long years in government ourselves, we know that a strategy is something an agency publishes when it wants to look like it is being proactive, but isn’t.

Don’t get us wrong – there are lots of great people at FAA. They know that GNSS vulnerabilities impact more than aviation (and UAVs especially), and is a huge problem for every other mode of transportation, and most critical infrastructure.

We are confident this strategy is an FAA delaying tactic in the hope that someone else will solve the problem first.