Results from Munich – It Is Time for a GNSS Backup! – US says “long overdue” 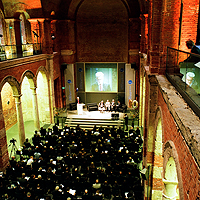 “GNSS – Is It Time for Backup?” was the theme of this year’s Munich Satellite Navigation Summit. The answer seemed to be a resounding “YES!”

A conference panel charged with answering that question agreed that one or more “complementary and backup” systems for GNSS were needed. But there was an interesting difference of views between the United States and Europe.

The representative from the U.S. said that having a backup system was overdue and his government was proceeding on a course to implement one.

Representatives from the European Commission (EC) and the European GNSS Agency (GSA) said over 100,000 GNSS jamming devices were operating on the continent and multiple backup systems were probably needed. The EC rep observed that Europe should take a more comprehensive approach to PNT resilience. The GSA rep said users are responsible for having their own backups.

Here are some bullets from each of the panelists:

Panelists were also asked to describe desirable characteristics of systems to complement, backup, or augment GNSS. Here are the summarized results: 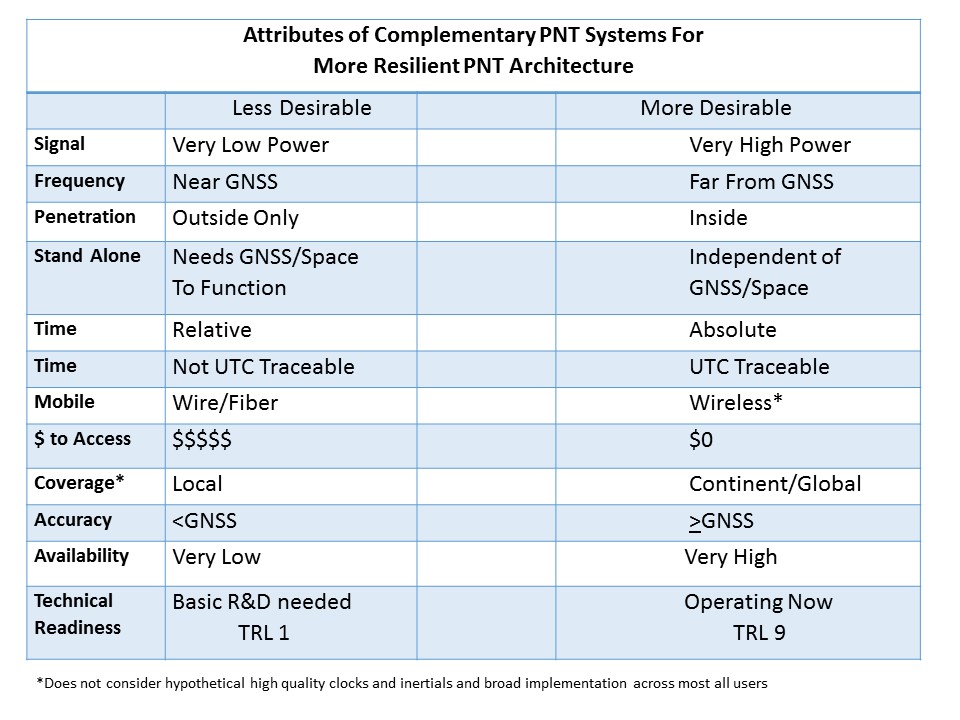