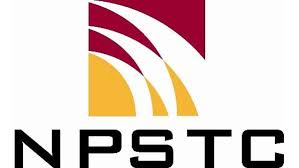 This is a re-post from NPSTC.org – Note that quite a way down in the post it reads “The report presents a huge amount of data, including numerous plots of test results, but it does not reach conclusions about whether LTE signals would cause harmful interference to GPS devices.”

February 17, 2017 – Ligado Networks LLC said that a 428-page report released this week by the National Advanced Spectrum and Communications Test Network (NASCTN) on the impacts of LTE signals on GPS receivers validates that the LTE network Ligado wants to deploy can operate without harming the performance of GPS devices. Company representatives said the report completes the record in the FCC’s Ligado proceeding, and they said the agency should move ahead to act on its authorization request.

“Ligado’s very pleased that NASCTN has issued its report on the compatibility of GPS devices with LTE deployed in adjacent bands. We’re looking forward to reviewing fully this comprehensive and extensive collection of data, but our initial review indicates that this data supports the conclusion reached by the major GPS companies over the last 14 months: And that conclusion is that a Ligado network built to the specifications proposed in the pending FCC application can operate alongside GPS devices without harming the performance of GPS,” Valerie Green, Ligado’s executive vice president and chief legal officer, told reporters during a conference call.

“The NASCTN report is really the last piece of information that the regulatory decision-makers like the FCC need to move forward with Ligado’s pending application. This government report is objective, and it is impartial,” she said.

“This report completes the technical evaluation of how Ligado proposes to use its spectrum for ground-based services, and is the last in a long line of testing by multiple stakeholders,” Doug Smith, the company’s president and chief executive officer, said in a statement. “The regulatory decision-makers now have the information they need to make this 35 MHz of vital mid-band spectrum available to serve critical American infrastructure needs and deliver substantial economic benefits to our nation.”

The NASCTN testing was conducted under a Cooperative Research and Development Agreement. NASCTN was established in 2015 by the National Institute of Standards and Technology, the National Telecommunications and Information Administration, and the Department of Defense to look for ways to increase access to spectrum for commercial and federal government entities (TRDaily, March 25, 2015).

“Over a three-month period, NASCTN performed the radiated measurements associated with this project at two facilities – a semi-anechoic chamber at National Technical Systems (NTS) in Longmont, CO and at a fully-anechoic chamber at the NIST Broadband Interoperability Testbed (NBIT) facility in Boulder, CO,” the summary noted. “NASCTN relied on technical staff from NIST and the U.S. Army’s Electronic Proving Grounds to perform and validate the measurements and collect the data.”

“In total, NASCTN performed 1,476 hours of testing and collected over 19,000 data files for a variety of measurands that were collected from a number of GPS devices,” the summary said. “These data were collected at a baseline condition (no LTE signals present) and over a large range of LTE signal power levels.  Subsequent data processing yielded a set of 3,859 anonymized data files (780 MB) that is available along with the NASCTN report.”

The report presents a huge amount of data, including numerous plots of test results, but it does not reach conclusions about whether LTE signals would cause harmful interference to GPS devices.