In GPS+ We Trust 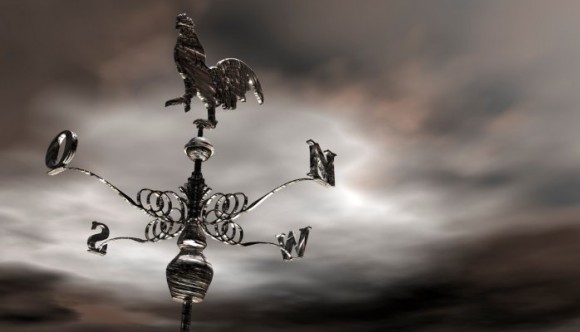 Bernie Madoff. Enron. Michael and Lowell Milken. That red sports car you bought second hand when you were in college. It doesn’t matter how great something or someone looks, or how well they seem to perform if you can’t trust them. A lack of integrity in a person or a technology means that, sooner or later, they /it are going to let you down.

RAIM, or Receiver Autonomous Integrity Monitoring, is one tool that GPS users can get with their receivers to let them know how much they can trust. RAIM tells users about the number of satellite signals they are receiving, the geometry of those satellites, and calculates the degree of confidence the user can have in the calculated position.

Great stuff! If we can’t judge the integrity of our investment advisors just by looking at them, at least we can with our GNSS receivers.

RAIM won’t tell you when there is a jammer that is near enough to throw off the calculated position, but is too far away to completely shut down the receiver. Numerous experiments and a well-researched paper document this problem.

What we need is GPS+. We need GPS, and another, completely independent, system. Only when we have at least two independent sources to compare to each other, can we really start to assess integrity and begin to trust.

That is why we should all be so heartened by the US Department of Transportation’s announcement that the government is considering establishing eLoran as a second, independent source for national PNT.

They are asking for your thoughts on the idea by the 22nd of May.

Step forward. Let them know what you think. 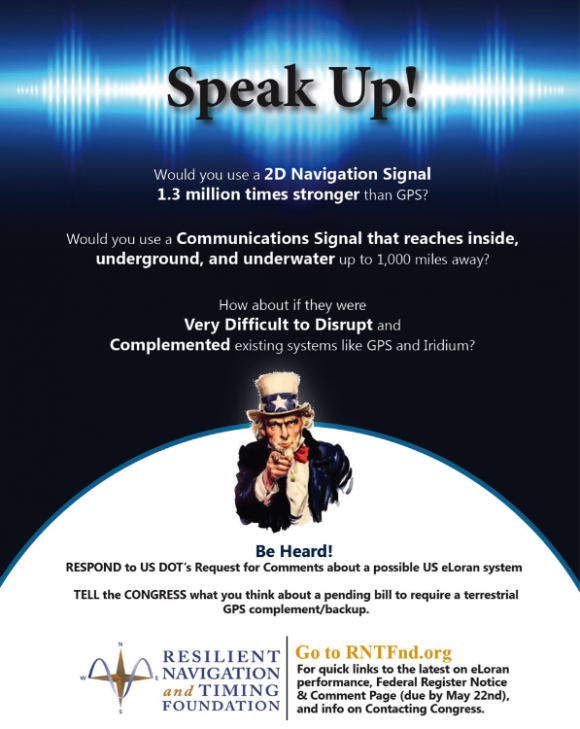