If something is really important you need more than one. You don’t need to have a degree in safety or systems engineering to know that.

A Washington Post report last year showed that large autonomous aircraft are particularly vulnerable to GNSS as a single point of failure:

“Unreliable communications links. Drones are dependent on wireless transmissions to relay commands and navigational information, usually via satellite. Those connections can be fragile. Records show that links were disrupted or lost in more than a quarter of the worst crashes.”

Down on the ground, most makers of autonomous vehicles have taken the point and, while using GNSS as one sensor, are relying upon Lidar, high precision maps, cameras, and other on-board sensors to keep their vehicles and passengers safe.

Such techniques are not possible or readily applicable for maritime, submarine, and low-flying aviation operations, though. And even for some terrestrial operations where GNSS augmentation could be possible, such as automated cargo cranes and power grid synchronization, many still do not see the necessity to make the effort.

Ramsey Faragher, Senior Research Associate at University of Cambridge and Bye Fellow of Queens’ College, Cambridge, likes to point out that God gave us five senses to find our way in the world. Why do most people think it’s OK to have our technology rely just on satellite navigation to do the same thing? 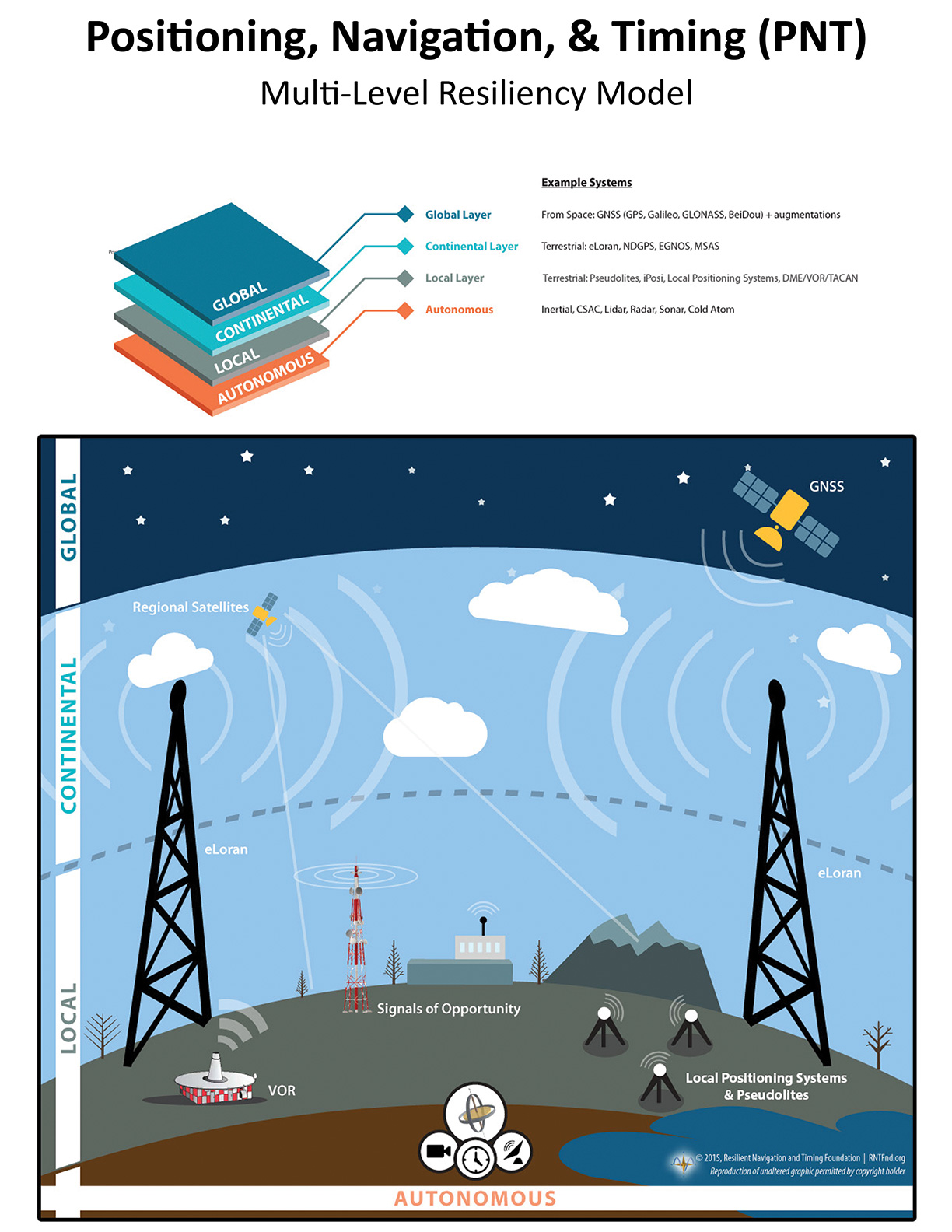 This graphic shows the RNT Foundation’s vision for a multi-level, resilient navigation and timing ecosystem. It is available for download here. Help yourself to it, and help us spread the word.

Also, if you think this is an important issue, the federal government has two initiatives you should weigh in on.

The first is a request for public comment from the Department of Transportation as to whether folks would use an eLoran system, and what their requirements might be.

The second, is a bill in Congress that would require establishment of a terrestrial system to be a complement to and backup for GPS.

Make yourself be heard!