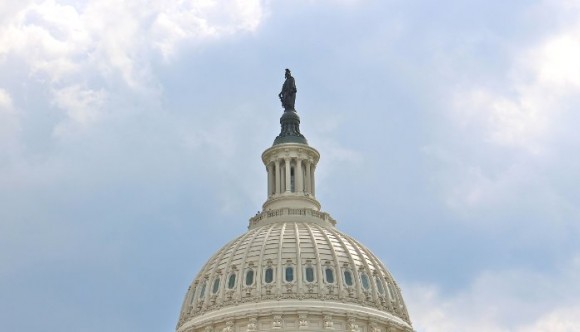 Photo Credit: Architect of the Capitol

Yesterday, a bi-partisan group of legislators led by Congressman John Garamendi (D, CA) introduced a bill that would require the Secretary of Defense to establish a backup for the Global Positioning System (GPS). Called the “National Positioning, Navigation, and Timing Resilience and Security Act of 2015,” it was co-sponsored by Congressmen Duncan Hunter (R, CA), Peter DeFazio (D, OR), and Frank LoBiondo (R, NJ). Other members of Congress are expected to sign-on as co-sponsors after Congress returns from its spring recess.

The bill also sets out numerous requirements for the system saying that it shall:

Regarding creation of the system, the bill says that the Secretary shall:

The text of the bill from Congressman Garamendi’s website is available here.