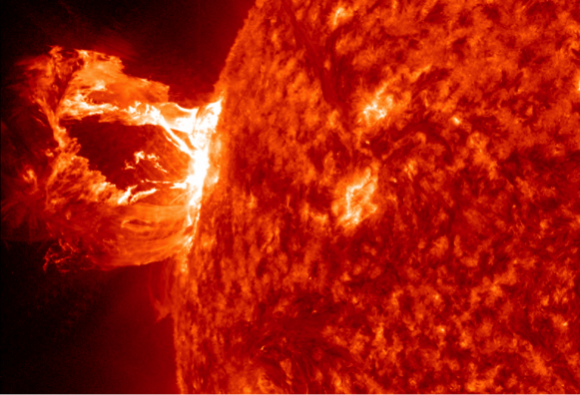 Such alerts are not uncommon, especially recently as the sun seems to have recently been at a “solar maximum” and may spike violently again before the cycle is through.

According to NASA, sometimes solar weather can be bad enough to put civilization back 300 years (kinda makes North Korea’s GPS jamming seem like small potatoes). Here is what they had to say in 2014 year about how close the planet came to disaster:

Near Miss: The Solar Superstorm of July 2012

If an asteroid big enough to knock modern civilization back to the 18th century appeared out of deep space and buzzed the Earth-Moon system, the near-miss would be instant worldwide headline news.

Two years ago, Earth experienced a close shave just as perilous, but most newspapers didn’t mention it. The “impactor” was an extreme solar storm, the most powerful in as much as 150+ years.

“If it had hit, we would still be picking up the pieces,” says Daniel Baker of the University of Colorado.